"You need a lot of work"

It's 6 o'clock Monday morning, it's dark, the autumnal chill has kicked in, it's been raining constantly since last night and still it's hammering down and I'm actually keen to be leaving the house.  Packed my bag and laid out my clothes last night so it's up, dressed, brush teeth, rub the cat's head, banana on the way to the tube and before I've even woken up I'm back at 12 Rounds Boxing with Kat for 12 rounds on the bags along with fellow 12 Weeker Laura and a handful of other brave souls.  So full of enthusiasm that I knocked the bag off the chain it hangs from with my first punch and proceeded to beat seven bells out of the damn thing in the first two rounds and find myself utterly knackered by round 4, that's fine, only 8 more rounds to go, the trick is not to count them, take deep breaths and just keep going, just keep going.  What a stark contrast to a few weeks ago when I was totally sedentary, lazy and miserable.  Who'd a thought that this being healthy lark actually feels good! When we sat down to a Walking Dead marathon on Sunday I kinda felt like I'd earned it.  Bag sessions Monday and Friday, weight training on Wednesday and all starting at 6.45am, I'm enjoying this, looking forward to getting in the gym rather than forcing myself to go. 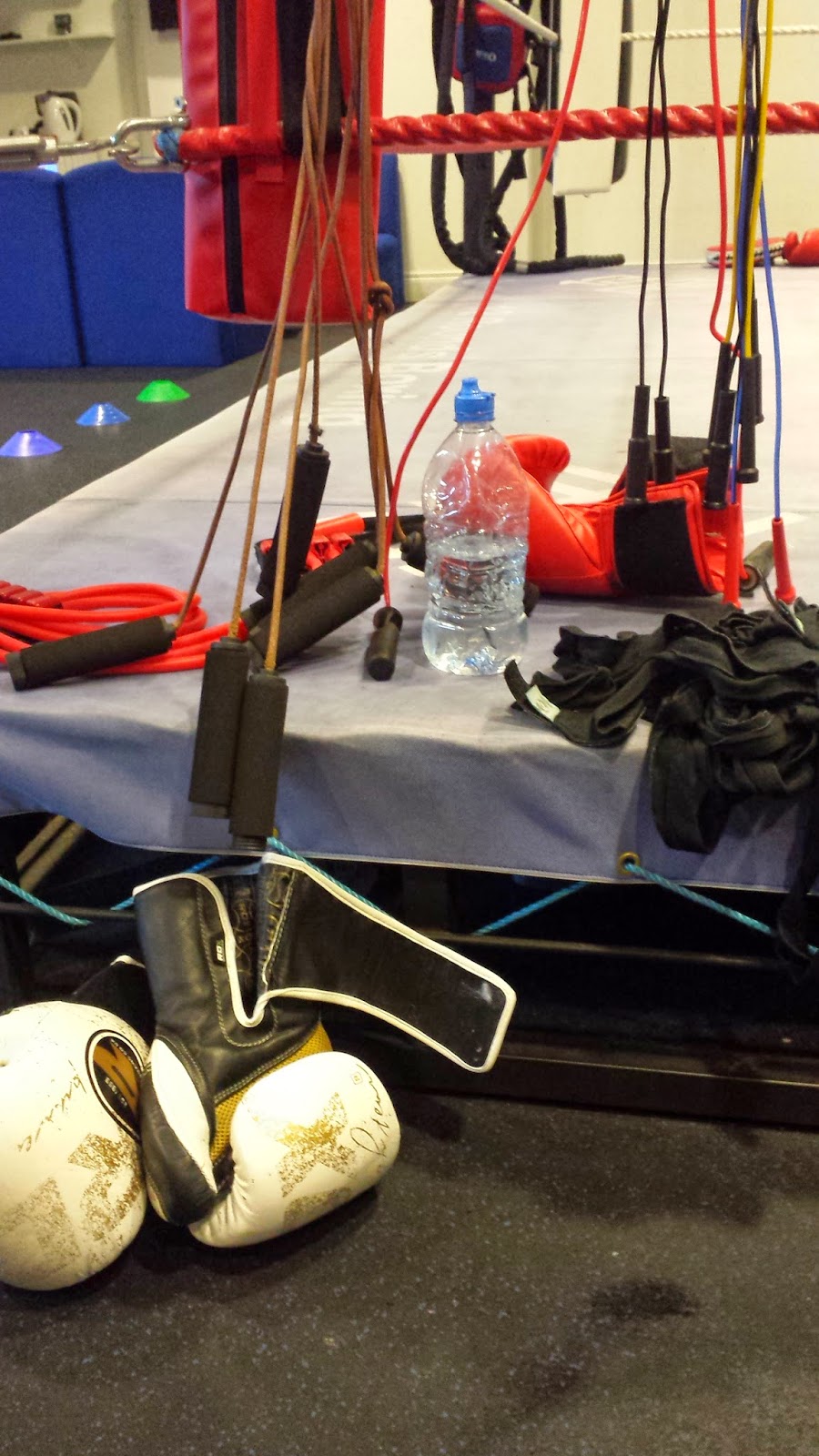 Got a massage this week to try to loosen up some of the discomfort caused by all my little injuries and months on the sofa (see Week 1) to be told "you need a lot of work", tell me something I don't know.

No booze, still! (Saw this, if I do want to have a drink I'm going to have one, not some horrendous monstrosity, same with food, if I want it I'm going to have it, the key is to not want it). I've been eating gluten free, no coffee, and very little carbs. Kat said to cut down on coffee but I've cut it out which is weird as I lived on the stuff, green tea fills the gap.  Kat told us it's OK to have a cheat day one day a week but haven't felt like I've needed it yet, eating well and getting the exercise in really does boost the motivation to keep eating well and exercising.  It's just getting the wheels rolling in the first place that was the problem, now I'm up and running I'm not craving the junk food or the booze.  So without the usual drinks in hand this week Diana and I went to another stand up gig Laugh for Leukaemia (featuring the peerless Daniel Kitson who doesn't do internet and Nick Mohammed as Mr Swallow which is one of the funniest things I've ever seen, the man's a wonder), and also an amazing concert by Hans Zimmer at the Apollo with band, orchestra & choir.  Diana was literally moved to tears.


So a big part of eating healthy is being organised, making sure I've got plenty of the right kinds of food in and knowing when I'm going to eat, plenty of protein, salad and veg available at work and at home. Like most of us I've got a sweet tooth so got some dried figs and dates in (no added sugar), Kat told me to have nuts too when I eat these to level out my insulin which is OK cause dates and brazil nuts in combination turned out to be just about the BEST THING EVA (this week). Fruits like apple, pear and melon are better generally because they are lower GI, apparently. I'm still a bit confused about the whole GI/insulin thing.  Like some kind of tiny, driven, slightly scary Scientologist, Kat is only revealing the secrets of her method piece by piece as we go along with the process (we only just found out why we've been skipping precious coffee) and she asks only our utter and complete obedience in return.  I'm sure it's fine and not at all some kind of mind control cult.  Probably.

Still doing yoga, Erin Motz provides a daily dose of calm along while at home Diana is channelling the 12 year old me by taking up the yoga system developed by former pro wrestler Diamond Dallas Page, he's her favourite new person in all of the internet.

2nd weigh in this week so the first time I can record a change, 7lbs off.  I'll have my ideal body shape before I know it.

Thanks for reading, comments appreciated, here's your reward kitten for getting this far.  Make sure your speakers are on to appreciate how incredibly adorable/utterly terrifying this is.