This week's blog reading music is Silent Militia by Devin Townsend, Diana has been singing this joyful pop metal tune incessantly around the house and now it's embedded in my brain so it's only fair I pass it on like an aural virus. 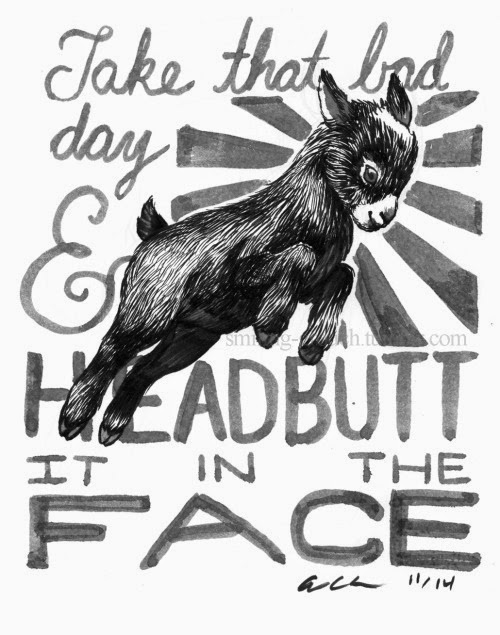 Been an active week doing some organized exercise most days, so much so that having a rest day made me feel like I'd forgotten to do something, turned out all I'd forgotten was how much I enjoyed sitting down to play GTA5 for hours at end.  As 12 Rounds Boxing is so busy these days I've taken to booking all my classes well in advance, having my diary planned out really takes the struggle out of motivation, I never have to convince myself to get my arse to the gym if it's already in the diary as that's just what I'm doing today, it's like someone else is making the choice for me.  I went to the 7am class on Monday before work and that probably wouldn't have happened if I'd just left it up to me to decide  - and as it turned out I spent the day feeling like a god-damn superhero after I snapped the heavy bag off it's chains and sent it crashing to the floor with a left hook.  How was your Monday morning?

Did a weights session for the first time since before Christmas on Sunday, hopefully will be a weekly thing, and also did a couple of different yoga classes this week.  One being my usual Tuesday class which this week as well as the usual practice of getting me stretched out included the first steps in learning how to do handstands, now this sounded intimidating but was great fun being in a room full of grown ups feeling like we were 7 years old again, stumbling and falling about the place but still being pretty much better at it that we expected. The other class was what I dread from yoga. Rather than an active, exercise based hour I was instructed to start with a loud "Ohhhhhhhhmmmmm" ("...because this is yoga") and was then encouraged to "Drink in the breath of your life" (too many problems with that statement to go into) and finished the class with an effected whisper of "I'm relaxing my feet, I'm relaxing my feet....  my feet are relaxed" for each and every part of the body, which for me had very much the opposite effect.  Each to their own as always, clearly a lot of people get something from that kind of new agery and if it works for you I'm not gonna judge (much) but I can't it seriously and if you cant take it seriously you're not going to get any benefit from it.  Basically the closer your lifestyle is to the that of Gwyneth Paltrow the less seriously I can take you.  Like I said the other week, a big part of exercise is finding something that works for you so you actually want to do it, and this means not being afraid a try something that doesn't work.


Still, the rest of week was positive, the diet's been mostly good apart from one lunch where I had sandwiches and felt totally bloated for the whole day afterwards, you really notice the difference after staying off bread most of the time I was craving salad the next day.

Been in the gym most days but we've found a bit of time for other things. We went to an early screening of the new Disney/Marvel film Big Hero 6 courtesy of the awesome people at Den of Geek and then also went to see the latest Daniel Kitson play, Tree, at the Old Vic both of which were fantastic in entirely opposite ways and both I would highly recommend.

Thanks for reading, as your reward here are some kittens drinking milk from bottles and a baby panda battle royale.