Well let me tell you something Mean Gene...

This week's blog reading music is Rose Tattoo by Dropkick Murphys.  I think I had a Dropkick Murphys track one week previously, but I love love them. It's St Patrick's Day as I write, I'm going to see them on Saturday and I actually have a rose tattoo so I think it's fair to double-dip.  On a different tip I'm going to see Squarepusher this week too, if you're more into mental drum & bass than you are Celtic punk then download his newly released track from his forthcoming album for free here, it's a stormer.

I've been thinking this week about the benefits of this healthier lifestyle I've been trying to follow the last 6 months or so.  You have the obvious health benefits of losing weight, getting fitter but there's definitely more to it than just the physical side.  I've always had problems with depression, low self esteem, emotional eating and a real problem with social anxiety.  I always get really tense and awkward in large groups, have trouble starting conversations, get tongue tied, frustrated... I hate it.  Give me 1 or 2 people I know and a dark corner and I'm in my element but take me to a birthday party and my skin will crawl and I'll spend the whole night looking at the clock.  I used to smoke and that gave me a great excuse to step out of social situations for 10 mins at a time and relax, now I don't even have that to fall back on.  Luckily, my social life's pretty much limited to interactions with the lovely Diana, (Bambo, our amazing cat) and a handful of close friends.

But I've noticed a difference.  I'm in the gym all the time at the moment, I'm so addicted, but I've been talking to people.  Not just passing the time with the trainers or one or two people I've worked with, or being polite and then moving on but actually enjoying talking to strangers and I realised I really feel different about interacting with people. I'm actively looking forward to going out to a couple of fights that are coming up with people from 12 Rounds.  Now, I'll never be a social butterfly but compared to a year ago there's a real change. I definitely have more confidence, a calmer approach and it's also been ages since my last depressive 'episode' and the difference, at a least a big part of, comes from the exercise and diet.  Now the atmosphere in the gym goes a long way towards this too, 12 Rounds go out of their way to make the classes feel inclusive and when we've done a body-breaking circuit together at the end of class there's always a sense on camaraderie. 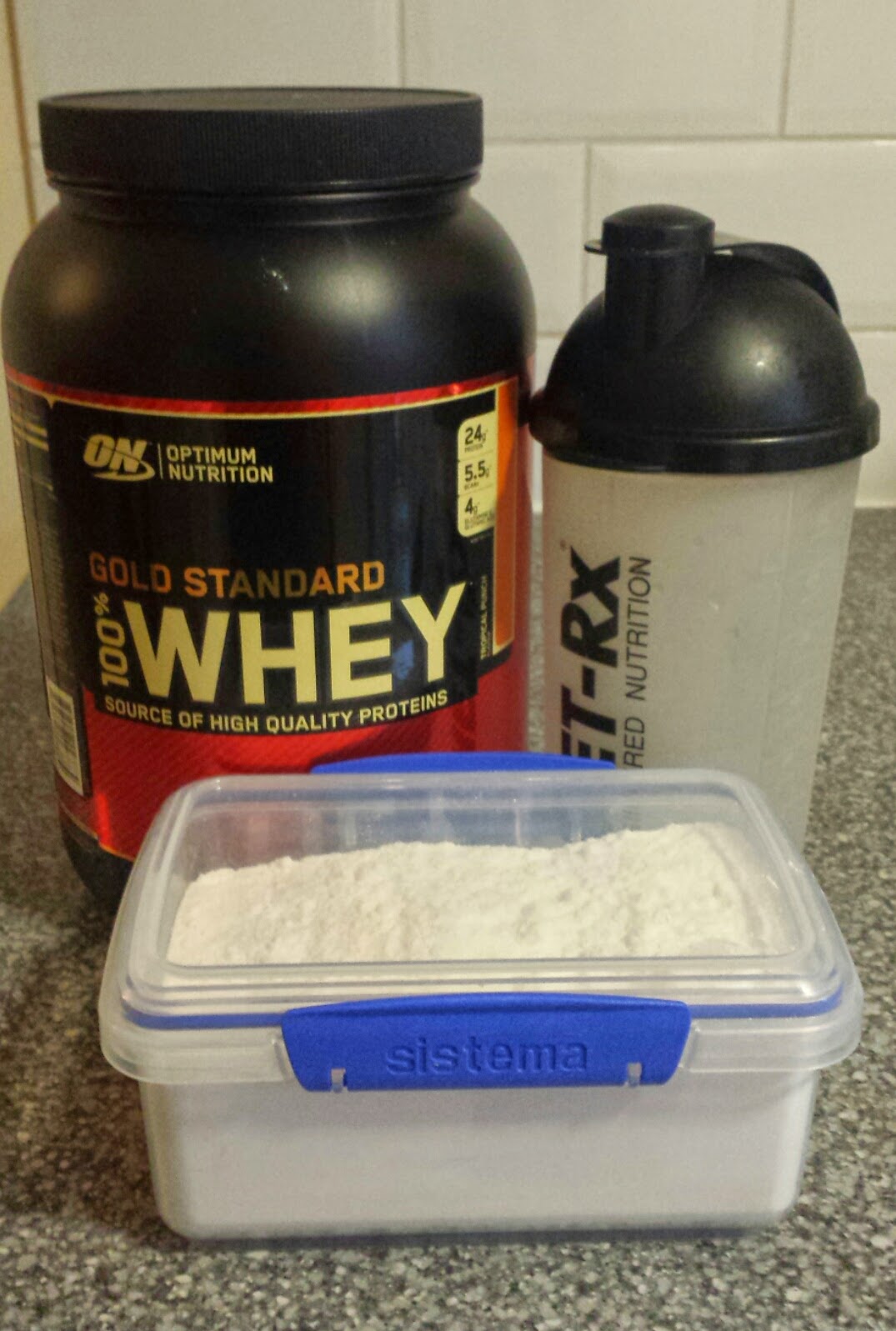 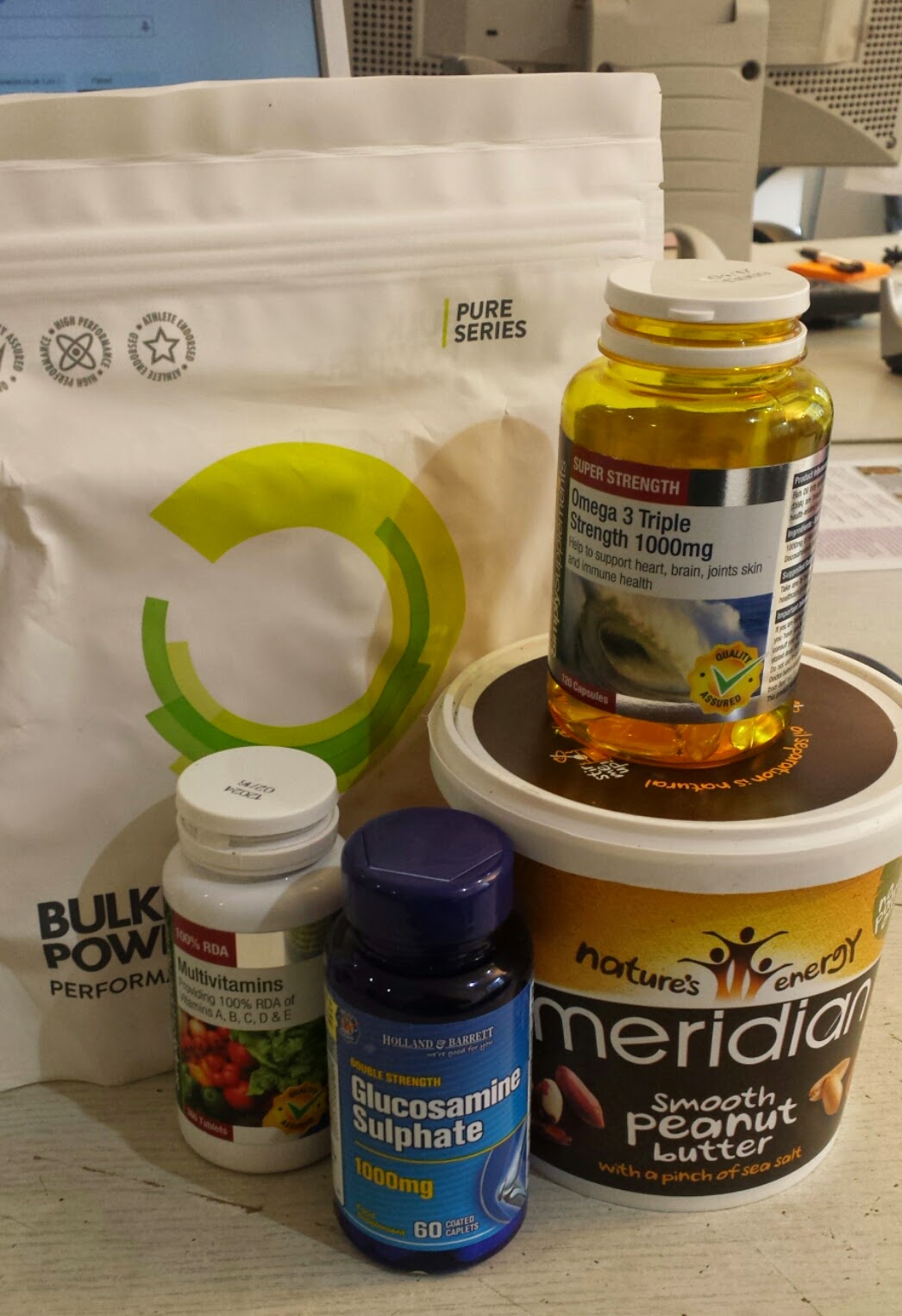 But my body feels so much better so how could my mind not?  I'm eating loads of vegetables & protein, cutting down of carbs, supplementing with fish oil (good for the brain as well as the joints apparently) limiting my caffeine & sugar and cut out wheat and booze almost completely (it turns out when I get drunk I then get depressed a day or two later, took me cutting it out to notice) combine this with all the exercise and I feel legitimately better than ever in my head as well as my body, I'm motivated, positive and enthusiastic and doing my utmost not to be an annoying prick about it.  And on top of all that I feel like I can strike up a conversation with a stranger at the gym.

Maybe not in a pub though.  One thing at time.

No cute cat video this week because I don't think any kitty could be cuter than this baby elephant having a bath, enjoy!

The next 12 Rounds Boxing fundamentals course starts 13th April, perfect for beginners if you fancy getting the gloves on.  Sign up here.

Lift the heavy thing and put it down again

This week's blog reading reading music is Four Simple Words by Frank Turner because who doesn't enjoy lust, love and a smattering of romance? It's virtually spring after all.  Also, I'm no good at dancing.

Been in the gym ever day since my last post, done a couple or weight lifting sessions and lots of  boxing.  I forget how much I enjoy weights as I've not done it in a while (I was doing one session a week with Kat last year) but it's so satisfying.  I can lift a 110kg deadlift for a set of 5 or 6 reps at the moment which is about how much I weigh myself.  My best last year was 140kg for 1 rep and I'm looking forward to working back up to that again and then bettering it.  I'm getting closer to being able to do a proper pull-up too but it's hard, and it's intimidating, I'm a pretty large person so to do a pull-up means I'm lifting a lot of weight but I'll get there.  I'm getting stronger and losing weight so at some point there'll be a crossing point where I'm strong enough to lift myself up. But my body feels a bit different (there's muscles, small ones but they're there), and it feels GOOD to be getting stronger, to be able to swing the big kettle bells around, and squat my bodyweight and smash medicine balls into the floor and lift the heavy thing and put it down again and  GRAAAAHHHHHHH!!!!!

But it can't all be testosoriculous weight based stuff.  Yoga has been a focus this week.  I do my weekly class Yoga with Olivia on a Tuesday and I make an effort to do Downward Dog and Pigeon after every boxing class too to stretch out my back and my hips plus some other stretches that are really uselful.  I'm getting old, the Mr Fantastic grey is really starting to come in now, and early last year after initial success trying to get healthy I just smashed my body to bits going hard without really understanding what I was doing and ended up not able to exercise, miserable and in worse shape than ever.  Since the start of this blog and the 12 Week Transformation program from 12 Rounds, armed with knowledge, restraint and a bit more common sense about my own body I'm doing more than ever and getting far less aches and pains after working out and I put a lot of that down to the benefits of yoga. I really can't recommend it enough, you don't even need to go to a class it's easy to do at home in front of the laptop for free.

Some yoga is hard, last week's twists based class was a struggle and left my spine feeling like a piece of cooked spaghetti afterwards (in a good way) but some yoga is very chilled, some is for breathing, some is for strength, some is for flexibility, some is for relaxation, some is for menstrual cramps. Have a look at this Huffington Post article 9 great yoga Youtube channels, yoga for all styles that you can do at home, just be aware of your surroundings

I've been watching American Horror Story on Netflix, it's well worth a watch if you fancy something creepy and ridiculous with lots of killings.  I've seen a loads of not very good horror movies recently that I won't bother recommending but we did do and see Chappie which I enjoyed.  It's fun, a not-too-distant-future sci-fi starring Die Antwoord as Die Antwoord which was weird but effective and uses a lot of their artwork too which gives it a unique look.  It suffers from a couple too many sub-plots (fuck off back to church and out of this film Hugh Jackman) but mostly suffers from not being District 9, director Neill Blombamp's first film.  All a bit 'meh', I hope I have something good to recommend next week.

Thanks for reading, here's a cat having it's teeth brushed and another skateboarding

This weeks blog reading music is Stargasm by Mastodon. When I first met Di she was (and still is) a big drum and bass fan but in the few years we've been together she's slowly coming around to the dark side and getting into some of the metal bands I've introduced her to.  This track's one of her favourites and it's a corker (and probably not what most people think of when they hear "metal" either).

So last week I said I was going back to measuring and weighing myself and paying more attention to the numbers, this is clearly a good idea as it turns out I've only lost 10lbs since Christmas.  Losing 10lbs is better that not, obviously, but it's a bit shit compared to last year's losses really. So weekly weigh-ins from here on in, and more attention being paid to the diet which hasn't been terrible but could be better, clearly.  On the other hand though my fitness is getting better and better, I can really feel myself getting stronger and my endurance and recovery times are better than ever.  I went for run on Sunday, the last time I tried to run was last autumn (before Kat got me back in the gym) and I did about 4 mins before I was knackered and miserable. On Sunday I did about 7km in 45min and tracked it with Map My Walk, felt like a proper achievement and was much more than I expected to do.  6 months ago if you'd have suggested jogging for 45mins without stopping I'd think you were taking the piss.

So the run was a new thing and combined with yoga class, boxing and new weights-based class it's been a varied week and one where I've been wanting to be exercising all the time, back in the day I used to force myself into Fitness First a couple of times a week and do the same old crap over and over with no real results and now if I'm not doing something every day I feel like I'm missing out. The variety is really where it's at.  I especially love the new Strength & Conditioning class at 12 Rounds, there's something very primal about lifting weights or chucking medicine balls around, release your inner Hulk, and it's a good change from all the boxing - here was my busy exercise week

Tuesday: Yoga - weekly class in Old Street
Wednesday: Pad Attack - Boxing pad work and hard circuits.
Thursday: Contenders - One step up from a beginners boxing class, wasn't really for me. *Smug*
Friday: Strength & Conditioning - No boxing, all weight lifting.
Saturday: Skills School - Boxing class
Sunday: 7km run - Lovely day out in the sunshine.
Monday: Rest day - only because I was DOMS'd to bits from the run.

Sunday's run was especially surprising as I'd not been to sleep since Saturday. We did another All-Nighter at the awesome Prince Charles Cinema this time Arnold Schwarzenegger themed which was amazing, Commando might be the greatest film ever made. Again not healthy, but worth it. I might have been able to do the run only because I was delirious from Monster Energy drinks and lack of sleep to be honest.  They're doing another, different, Arnie All-Nighter in April, think I'll skip that one as well as this insane, 18 hour Hobbit/Lord of the Rings marathon.


Thanks for reading.  Here's a St Bernard restraining an annoying kitten and a cat who's not really up for trampolining.